It was the summer of 1995. Hootie and the Blowfish were on tour and Brad Pitt was People Magazine’s sexiest man alive. It was a time when salads were big and shirts were puffy. Microsoft released Windows 95, fueling a revolution that helped shape the technology world for years to come. 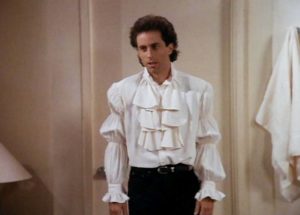 And, I was about to be promoted to head up the roadshow marketing division of Unterberg Harris, a boutique investment banking firm led by icons in the new issue market including Tommy Unterberg, Bob Towbin, Andy Blum and Mel Lavitt – all of whose roots trace back to the legendary C.E. Unterberg, Towbin & Co.

On the day I took over the position, Unterberg was on the cover of six IPOs. I had yet to master even one roadshow and there I was – just 25 years old – overseeing six. Failure wasn’t an option. During the month of October, I ate breakfast, lunch and dinner at my desk. Some nights I didn’t get home till 3am. I came into the office on weekends.

I even took a brief hiatus from dating, much to the chagrin of the then single men of New York City – not to mention my Grandma, Annie.

But you know what? I truly loved every minute spent working. Not only was I gaining inestimable industry expertise, I was also doing a lot of soul searching and, in the process, learning a great deal about myself. Instead of feeling burdened by my new responsibility, I felt appreciative for the opportunity and honored for the confidence which was placed in me. This was the first time in my young career that my contribution really mattered. I quickly realized that it was this sense of purpose that fueled my ambition much more than any paycheck ever could.

And, so began my love affair with the small cap IPO.

During those formative years, as I was mastering the art of the IPO process from legends of the new issue market, I was not only coming of age professionally and personally, I was blossoming spiritually. When I wasn’t at my desk, I could be found sitting in sidewalk cafés, writing poetry, marveling over life’s infinite interconnections, wondering why certain paths end up crossing, and hoping to uncover the meaning of existence. And that was when I was keeping it light!

As a writer, I am in constant pursuit of inspiration. I seek it everywhere – in the verse of a song, a smile in a passerby, a line of a speech, a sentence of an article, and yes, even on a slide of CEO’s pitch deck or on the page of a prospectus. In 1995, I remember finding it in a paperback called “Chicken Soup for the Soul.”

Most people know Chicken Soup for the Soul as a heart-soothing collection of personal stories that quickly went on to become one of the most popular and loved book series ever published. Others recognize the brand as a pop culture phenomenon that, after being acquired in 2008 by media veteran, William J. Rouhana, Jr., expanded into other areas such as television, journalism and even a line of premium pet food. Upon learning of the company’s plans to complete a “Regulation A+ IPO” with a listing on the Nasdaq Global Market under the ticker: CSSE, I see it as something much, much grander.

Chicken Soup for the Soul Entertainment is not just another Reg A offering. Nor is it just another ordinary IPO. This is the deal that has finally rallied and reunified some of the smartest minds in small cap corporate finance. Chicken Soup for the Soul Entertainment possesses all of the components of becoming the foremost Reg A+ success story to date: strong revenue growth, profitability, an accomplished management team, a recognized brand and an esteemed investment banking team.

Not too shabby, considering that Intel (INTC), a then micro-cap company underwritten by my alma mater, Unterberg, went public in 1971 with less than $4 million in revenue and profits before extraordinary items of just $93,000.

While the financial picture is promising, what I find most encouraging is the pedigree of investment bankers that the Chicken Soup Reg A+ IPO was able to attract. The IPO is being led by HCFP/Capital Markets LLC, The Benchmark Company LLC, and Weild & Co., and its shares are being distributed to the public by an online platform powered by FinTech pioneer and leader, Folio Investments.

HCFP/Capital Markets is an offshoot of a firm called, HCFP/Brenner, descendants of a long line of investment banking innovators.  They are no strangers to creating novel financing mechanisms. It was the principals of HCFP who originally crafted the blueprint for the financing vehicle which culminated in the SPAC (Special Purpose Acquisition Company), an alternative way for small to mid-market companies to go public. HCFP’s innovations to the SPAC structure went on to become industry standards. SPACs grew in popularity during the 2000s as conventional IPOs lay dying, or as some would say, “in the ICU.”

And by some, I am of course referring to Weild & Co.’s founder, Dave Weild, whose groundbreaking report, “Why Are IPOs in the ICU?,” was one of a number of his eye opening white papers to serve as the genesis for the JOBS Act and essentially spawn the crowdfinance movement.

Coincidentally, it was Weild’s published studies – along with conversations I’ve had over the years with the principals of HCFP – that has inspired a lot of my work in the crowdfinance space. In fact, CSSE’s entire underwriting team has consistently been – whether publicly or behind the scenes – diligently working on ways to remedy the broken IPO market. They have been looking to Reg A+ as a viable IPO solution since December 2013 when the SEC first proposed Regulation A+ rules that, to everyone’s surprise, pre-empted State Blue Sky provisions. Notably, the banking teams of HCFP, Weild & Co. and Benchmark worked closely together on an earlier successful IPO transaction which foreshadowed the emergence of the Reg A+ offering exemplar that we see today.

Frankly, these bankers weren’t interested in underwriting just some arbitrary company. It was important to them – and for the industry – that they find the ideal company to take public via Reg A+. Their search ended with Chicken Soup for the Soul Entertainment, a company that they felt finally possessed the necessary ingredients which have historically garnered small-cap IPO stardom.

Chicken Soup may be just the deal to galvanize the next IPO boom – leaving an indelible mark on IPO history. 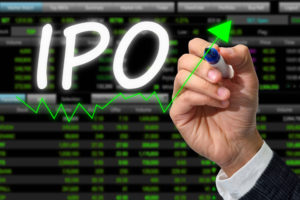 As I reflect on the last 22 years, I realize that many things haven’t changed. Salads are still big. Hootie is still touring. Brad Pitt is still sexy – although debatably not as sexy as Chicken Soup shareholder, Ashton Kutcher. And I’m still following IPOs. But, because I feel a personal connection to it, I am especially looking forward to covering the progress of Chicken Soup’s offering, and seeing how this IPO, in particular, influences the new issue market, the investment banking industry and the escalating FinTech landscape.

Like Netscape, Chicken Soup may be just the deal to galvanize the next IPO boom – leaving an indelible mark on IPO history.

Click here to learn more about the IPO of Chicken Soup for the Soul Entertainment.

This article was originally published in Crowdfund Insider on August 2, 2017